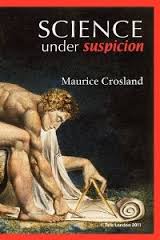 The below blog is taken with permission. The context was a follow up from a letter about creation-evolution published in the Catholic Herald. The below follow up letter reads thus:

SIR – Regarding the interview (June 7) with Maurice Crosland on the alleged clash between faith and reason, I would just like to make a few points. He rightly points to the publication of Darwin’s On the Origin of Species, in 1859, as being the point of “key schism” when the modern “conflict” between science and religion effectively began.

But the rejection of a literal interpretation of the book of Genesis, by Crosland and so many other modern Catholics, has turned out to be a disaster for the Church. He states: “The Catholic and Anglican Communions now accept evolution, but it remains a major point of controversy for fundamentalist Christians.”

Actually, it is not true that the Catholic Church has accepted evolution. What has happened is that a large number of ordinary Catholics have been brainwashed into believing it, thanks to the incessant evolutionary propaganda in the media, etc. But that is a completely different thing from saying that any fundamental Catholic doctrines have changed.

The longstanding Catholic position on this has favoured belief in the traditional teaching on creation and evolution, and you will search the Bible in vain for any support for ideas such as theistic evolution, i.e. the belief that God used evolution to bring the universe to its present state. From a purely practical point of view, the results of this widespread acceptance of evolution have been disastrous: Communism, Nazism and now our modern atheistic materialistic society which is hell-bent on overturning every moral standard.

Recent media reports show that Christian belief in this country is in steep decline. Belief in evolution is one of the major, largely unrecognised, factors in this, and so it is urgent that there be a genuine debate on this matter, rather than the usual condescending attitude that is displayed towards belief in traditional teaching on creation.