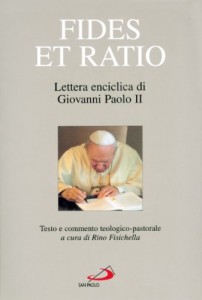 Who claims that Genesis is a science book?

The Deeper truths of the Bible

This is another line of defense for Theistic evolution; the deeper truths concept. Theistic evolutionist claim that the bible tells us who did the creating, and why. They elevate science to the when & how the world was created. This reduces the historical & literal narrative of genesis to myth, thus removing faith from reason. Daylight Origins does not deny that there are deeper truths in the book of Genesis, but to dismiss any historical truths is simply reckless theology. Daylight Origin supporters do not believe that the book of Genesis is a science book, but they do consider it to have historical & literal merit. In this regard, the book of Genesis is a history book, from which science can take its cue.

Faith & Reason is important to our Catholic faith. There will be overlaps between these two spheres. It follows that they should be in communion with each other. Otherwise we are left with blind faith & irrational thinking. The claim that some Christians view the book of Genesis as a science text book, is a deception to dampen down the debate on special creation from a Catholic viewpoint. Don’t fall for this ruse, and don’t let theistic evolution ship wreck your faith as it has done to many others. Listen to both sides of the debate with an open heart before you decide whether to accept special creation or theistic evolution.