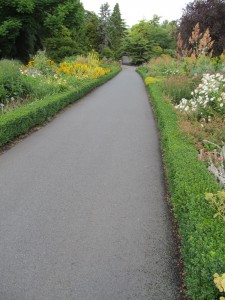 We never knew that the road we were to embark on was to be so very rich & fulfilling. This is exactly how it is turning out to be. Once we removed ourselves from the evolution mindset of molecules to man with the vast timeline, a vacuum was ready to be filled. This vacuum was reimbursed with origins science material of two perspectives. The first one was the creation science and intelligent design modules that are very well researched and widely published. We had such fun replacing the evolution mindset with these more satisfying philosophies. The second and more important perspective for Catholics is the aspect of what the Catholic Church believed & pronounced on origins science understandings down the centuries. Catholic groups like the Kolbe Center and Restoring Truth Ministries can present to us what the church Fathers, Saints, Popes, Doctors & Councils have to say on the Special Creation of Adam & Eve. Once you come to know of what the Catholic church really teaches on origins science, the evolution mindset can no longer hold a place in your heart.

The journey along the road continues, and suddenly a lost world re-opens to truth seekers who have long left behind their once ingrained evolution mindset. We can give thanks to God for the grace to embark on what is an ambitious & fulfilling trip. Now that we know about the origins science modules of intelligent design and creation science, coupled with the literal & traditional Catholic understanding of Adam & Eve, we are further edified with authentic history. The History of Saint Patrick is too often presented as vague, leaving later researchers with an evolution mindset non the wiser. Saint Patrick has many eye witness accounts written on him, but they are discarded today as fabulous stories. Archaeologists too have usurped the authority of historians in favour of the evolution mindset which has not helped Irish Catholics for example, to develop a deep knowledge for their patron saint. If we take Blessed Pope John Paul II at his word that faith is the lodestar of reason, then it should follow that authentic historical eyewitness accounts are the lodestar of archaeology.  That is, the genuine historian is superior to the archaeologist in that the historical records give us the context of an archaeological find. With this in mind, it is easier for a man without the evolution mindset to arrive at the fullness of truth than for a man blinded by evolutionary tales.

The Evolution mindset is the stumbling block to faith

You can now see how this journey leads to a beatific vision. Rooting yourself on firm foundations allows you to stand up & see. Once you’ve settled your heart & mind on origins science material that is founded on Jesus Christ the corner stone, all else falls perfectly into place. We are speaking here in light of the hermeneutic of continuity. History and science however, if they are to be true, must compliment each other where there are overlaps. Theistic evolution cannot achieve this complimentary ideal. Holding fast to faith & truth means letting go of the evolution mindset. Jesus says if we have faith the size of a mustard seed, we can move a mountain. God want’s to bring you to the fullness of truth, from origins science, to the Gospel, and onward to the lives of the history of our saints. What edification awaits those who are willing to come to the table.