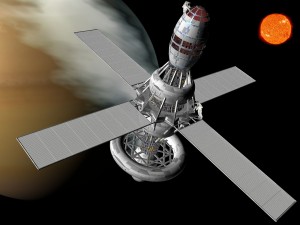 How is it that scientist conjecture so much, only to have to start from scratch at a later date?

The planet pluto received a visit from extra-terrestrial life in the form of a satellite that beamed back images to intelligent beings from a planet that is known to contain life. This living planet is called earth, and the intelligent beings are excited by new high resolution images beamed back from the planet Pluto to Nasa in the USA. Amazing high resolution imagery is giving scientist plenty of food for thought. Yet somehow “assumption speak” dominates the scientific academia in what can only be described as Plutonian philosophy. It is true that we now know much more about Pluto than ever before, but scientists have not even scratched the surface (literally).

What the “Experts” are already saying

Reading about Pluto as a scientific wonderland in the Irish Times online, there is something perhaps predictably lacking in their article. There is very little in terms of concrete statements about the scientific research findings. The discerning reader will notice a list of loose phrases such as: mysterious; indicates; appears; what look to be; there may be; unexpected puzzles; profound mystery; the team believes; could in part be explained; kind of baked; likely due to; likely affected by; perhaps by; could be; seem to have; may have; some models had suggested; hard-to-explain terrain; images suggested.

Reality bites for the scientific community

Thankfully one scientist managed to own up to his limitations on what was being observed by the Plutonic images beamed back to earth.

“Researcher Mike Summers said the image, which shows a band of sunlight dissolving into a faint haze around Pluto, has forced scientists to “basically start from scratch” in how they think about Pluto’s atmosphere.”

This statement is quite revealing. It implies an overhaul of prior assumptions, and a new scientific inquiry. One wonders where Plutonian philosophy will end up? The description of scientific wonderland is most appropriate. Let us all look at the planetary images, and wonder, and wonder. For now we can safely conclude that as intelligent as we are, we really know nothing!